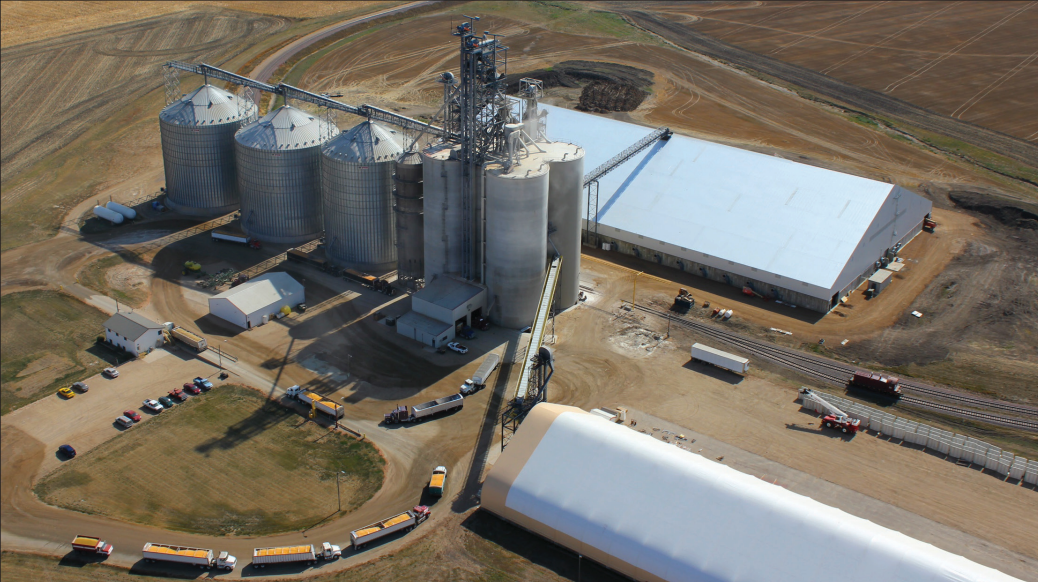 The two projects, totaling 6.2 million bushels of storage, cost $13.3 million. According to General Manager Dean Isaacson, SMA was able to complete the projects in the time frames that Western Consolidated needed. “SMA was competitive, and we felt they did better work, had good service, and were very dependable,” Isaacson adds.

In the summer of 2010, three Chief Titan Series steel corrugated tanks, totaling 2.15 million bushels of storage, were constructed to the northeast of the concrete workhouse.

Each of the three tanks is aerated by six Caldwell 50-hp centrifugal fans, with the assistance of six 2-hp roof exhausters providing 1/7 cfm per bushel of aeration on coarse grains. The tanks are not equipped with temperature monitoring or level indicators because of the high turnover of volume at the facility, says Meyer.