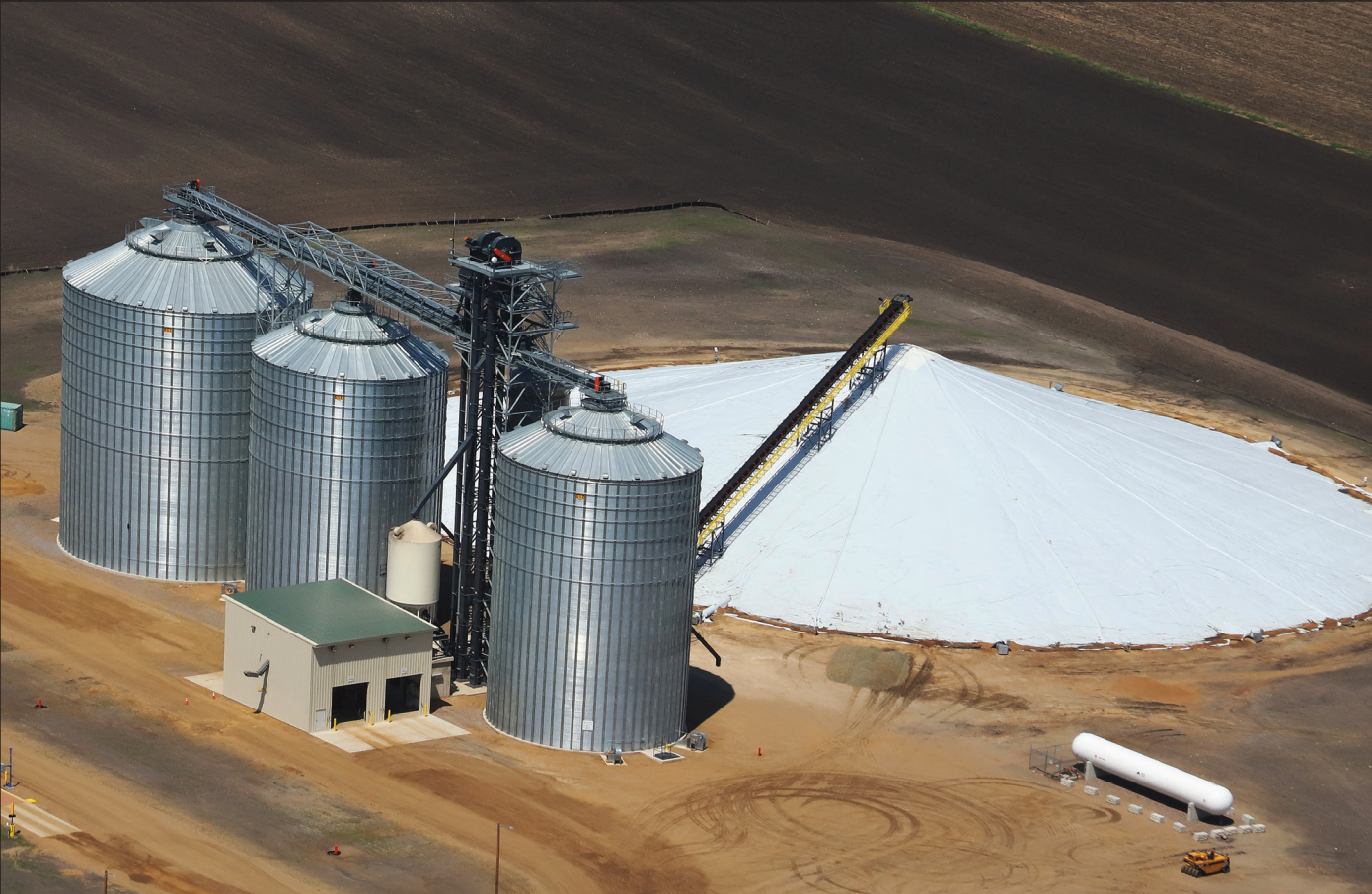 When it came time to upgrade its grain elevator in Clements, MN in 2017, the newly-formed Farmward Cooperative had little choice than to look outside of town. (Farmward was formed in 2017 as the result of a merger between Harvest Land Cooperative and Coop Country Farmers Elevator.)

“Our existing elevator in Clements was getting a little outdated, especially for handling semis,” says Location Manager Dan Christensen, who had been with the former Harvest Land Cooperative for four years. (Prior to that, he spent more than 15 years at a CHS facility in Mankato, MN.)

“We looked at ways to remodel the existing elevator, but we were landlocked in town. We were forced to move to a country site.”

Cooperative managers talked with numerous landowners in the area and had soil borings taken before purchasing a site three miles west of Clements along U.S. Highway 71, a heavily-traveled but well-maintained two-lane. (Clements is strictly a truck house; there are no rail lines in the area.)

Groundbreaking took place in April, with SMA, LLC, Monticello, MN (888- 259-9220), as design-build contractor and millwright. “They had done projects for us in the past, and they were willing to guarantee completion by harvest,” Christensen says. “Also, they had built a facility in Harrold, SD that was almost identical to what we were looking for.”