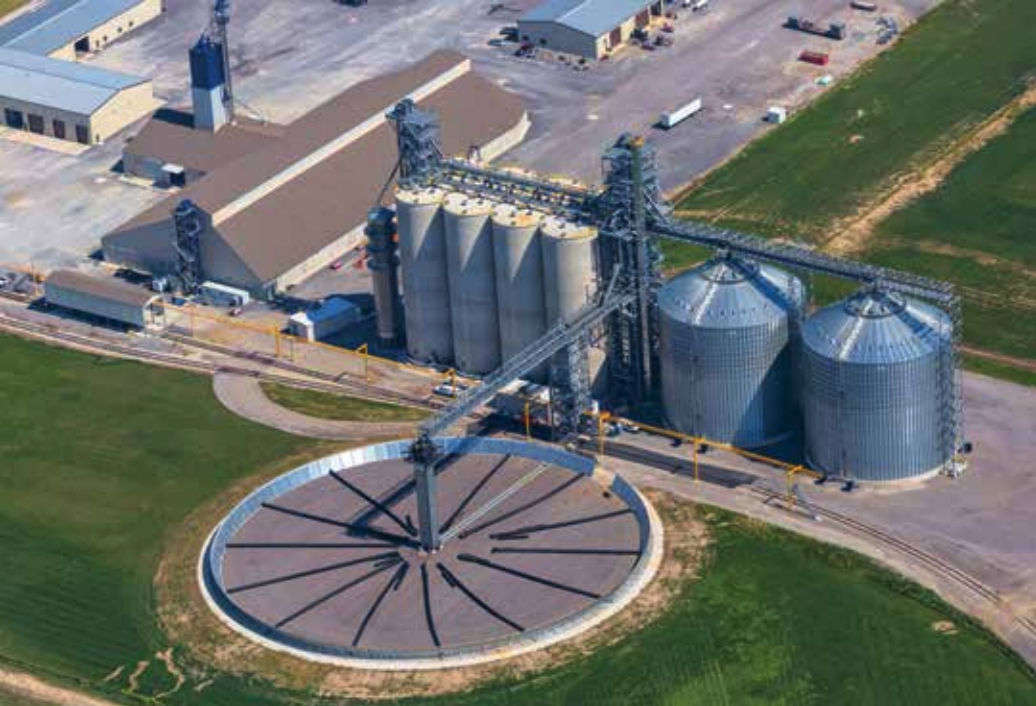 The Norfolk Southern (NS) and CSX Transportation are the two main Class I railroads serving the eastern half of the United States. For all of their thousands of miles of track, however, the two railroads have only two junctions outside of cities or towns. One of those two locations is approximately two miles north of the town of Milford, IN.

The location makes it a near-perfect spot for a $70 million grain and agronomy complex. TruHorizons LLC launched that complex at the beginning of September 2016, which includes a 4.4-million-bushel rail terminal elevator with loop track and a 38,000-ton fertilizer plant.

TruHorizons has been in existence only since 2012, a venture between Cargill AgHorizons and Piqua, OH-based TruPointe Cooperative. The venture also includes two other northern Indiana rail terminals at Bremen and La Paz, but those are served by single railroads, says Kyle Lehman, grain manager at Milford who has been there since May 2016, most recently having worked at an FC Cooperative elevator in Iowa.